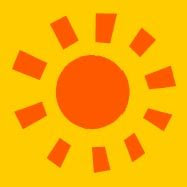 I'm putting an application together today for The Women's Media Center's Progressive Women's Voices program (fingers crossed). Part of the application process is to submit links to places you've been quoted, interviewed, or mentioned in the media.

I thought I'd post the list here, to give a little "link love" to the folks who quoted, or interviewed me, and 'cause some of the pieces might interest you.

“The Carbon Report” by Mike Rosen-Molina. The Monthly. August 2007.

“Britt Bravo - Having Fun & Doing Good,” by Anna Gordon on Women Who Work Out Loud.