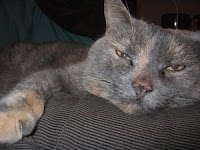 Jill Finlayson and Hildy Gottlieb's post last week on Social Edge, Issue Fatigue: Fighting for Attention and Funds in an Aware World has stirred up conversations about the sustainability of friendraising and fundraising in these over-networked times. Their post generated over 50 comments.

What do you think nonprofits can do to prevent supporters and potential supporters from deleting/hanging up on all of the asks to donate, advocate and learn that are coming their way during these overly networked times?

In her post, Feeling "Whelmed" in a Cause Driven World on Social Citizens, Kari Dunn Saratovsky says that in the past month she has been inundated with requests to give:

"I have been invited by three friends to donate to their birthday cause on facebook; I was pinged multiple times reminding me to buy my tickets to Twestival; I had one friend running in a cancer race in LA, and another who was racing up the stairs in Indiana to support Riley Children’s Hospital. In addition to all of the ways I’ve been solicited for money – I’ve been asked to vote for a nonprofit who was competing in the IdeaBlob contest, reminded to bring recycled bags the next time I shopped at Trader Joe’s, and I was hit up by my neighbor who is a Girl Scout and bought the obligatory box (or two) of Thin Mints."

In her post, Issue Fatigue, Allison Fine of A.Fine Blog says part of the solution is focusing on growing relationships:

"The solution is to go back to basics: building strong relationships with your supporters. For all of the pinging and poking and clicking and razzle dazzle of cause chatter, social change continues to happen through social connections. For causes it is more important than ever that they focus on how to strengthen those ties, with and without social media, online and on land, to support their efforts. This year, in particular, social capital trumps financial capital - so we better get to building it one person, one connection, one conversation at a time."

In January, Lina Srivastava of Strategy for Social Change Initiatives moderated an online discussion on ArtTribesNetwork about "Preaching to the Converted": Engaging Your Audience and Combating Issue Fatigue. In her summary of the session, she offered a few tips: 1. create a personal and emotional connection to the cause, 2. develop campaigns that unfold slowly and offer continual and creative ways to engage, and 3. provide evidence to supporters' that their work is making a difference.

I've often thought of the explosion of social media as being like the free love movement of the 60s and 70s. Social media tools have opened the doors for anyone and everyone to be an expert, a journalist, a pundit, a filmmaker, an organizer, a fundraiser, and a "friend."

Now, people are examining their new roles and relationships, and asking themselves, "Who and what do I want to commit to?" Perhaps, organizations need to change their focus from how many supporters they can gather, to the quality of their relationships, and how they can get people to commit to their cause for the long run. They need to figure out how they take the "dates" and "one night stands" they've had with their Facebook friends, Twitter followers, YouTube viewers, and blog commenters to the next level of partnership, with all of its ups and downs, where they can work together over time to make the world a better place.

Cross-posted from BlogHer. Britt Bravo is a Big Vision Consultant.
Photo of Laika the Cat by Me.