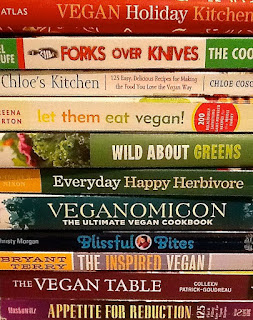 In 2012, we cooked from:
And here's the list of VegCookbooks that folks have said they would like to cook from in 2013.
Yes, I realize that we have enough to last us for 4 years (:  If you have more suggestions, please leave a comment here, or better yet, over on VegCookbook Club. We've love for you to join us in 2013!