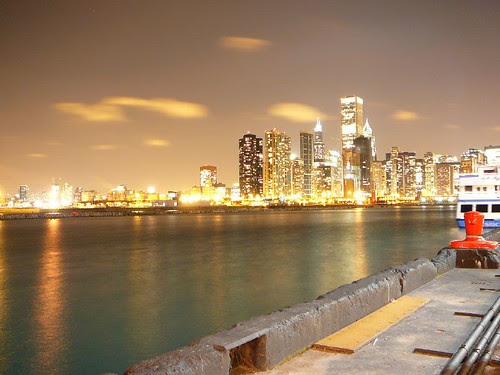 With just nine days until the BlogHer Conference in Chicago, where I'll be moderating the panel, "Getting It On(line) for a Cause: Raising Money," I thought I'd search around for nonprofit and activist women bloggers in the Chicago area.

Here's what I found:

Chicago Books to Women in Prison, a volunteer collective that distributes free books to women in prisons across the country, has a blog as their front page. They recently posted about the Chicago Tribune article, "Behind Bars, But Still Girls". According to the article, "The fastest-growing population in adult corrections is the female population."

Christine Cupaiuolo is a Chicago-based blogger who created MsMusings.net, Ms. magazine's daily blog on media and culture. She writes for Our Bodies, Our Blog (about women's health and feminism) and manages the web site, Women's Voices for Change.

Journal of a Young Activist write about her travels and human rights work in Palestine, Israel, Iraq, Lebanon, Syria and Afghanistan, and her life as a Chicago Seminary Student.

Finally, the blog, reappropriate, although not based out of Chicago, posted about the Asian Pacific Americans for Progress Activist Training and Midwest Summit on Saturday, August 4th in Chicago. Attendees will learn, "the basic tools of political organizing including volunteer recruitment, networking, planning events, targeting, phonebanking and other useful campaign skills." The training will be lead by Parag Mehta, Director of Training at the Democratic National Committee and filmmaker Eric Byler.

What other nonprofit and activist bloggers based in Chicago do you read?