Look Ahead Where You Want to Go

I'm having a bit of blogger's block, so I thought I'd share this post from August 31, 2005 (my 4th blog post!), Look Ahead Where You Want to Go.  I could use this advice for myself right now, and thought maybe you could too. 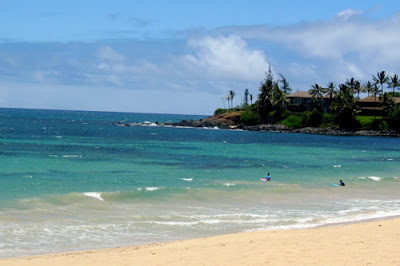 I hate to drive. During the last 14 20 years that I've lived in the Bay Area, I can count on one hand the number of times I've driven a car, even though I have a license. Consequently, my driving skills are pretty rusty, and I am a nervous driver. I have decided that this is the year to get my driving skills up to par so I bought this very helpful and somewhat hilarious book by Norman Klein, Drive Without Fear.

For 36 years, Mr. Klein taught mainly older women, whose husbands had died or become ill, how to drive. He devotes a whole chapter to steering. According to Norman, if you can steer, you can drive (and if you can't, forget it). He talks about students who watch the nose of the car or the emblem on their steering wheel to keep the car straight, and he tells them that the most important thing is to look straight ahead and to, "Look where you want to go."

This seems like such obvious advice, and yet many of his students look everywhere except in front of them. Some stare at stop signs as they approach and veer off towards the side of the road. One woman watches the scenery pass by her side windows. When he asked her why she does this she said, "I thought this car was automatic."

In my career consulting practice with people going through a career transition, I would say that looking ahead where you want to go is also one of the most important pieces of advice that I can give. When changing careers, it's important to focus your energy on as specific a goal as possible without spending a lot of time getting stuck on the obstacles (stop signs), perpetual introspection (nose of the car) or everything else on your "to do" list (scenery). But like driving, not only do you need to keep your focus on where you want to go, you also need to move forward by taking action.

A long time ago I thought I wanted to be a massage therapist, until I took a class and realized that I had to massage naked people I didn't know. Yuck! If I hadn't taken action towards that goal, I never would have known that it wasn't right for me.

If you look ahead where you want to go and take action, eventually, you will get there.

Photo of beach in Maui taken by me.  At this moment, that's where I want to go!

Email ThisBlogThis!Share to TwitterShare to FacebookShare to Pinterest
Labels: lookwhereyouwanttogo