Girls' Night Out with a Twist: Dining for Women and the Power of Giving Circles 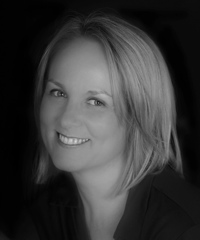 "It's just like a girls' night out, but with a twist"
- Marsha Wallace, Dining for Women, Founder

Women + food + learning + philanthropy + fun  = Dining for Women.   Dining for Women is a seven-year-old organization that facilitates a network of 130 giving circles across the country.

Longtime Have Fun, Do Good Readers and Big Vision Podcast listeners may remember my interview with Dining for Women's Founder, Marsha Wallace, in September 2007.

Our conversation began with Marsha describing how Dining for Women works.

Marsha Wallace: Dining for Women is an international giving circle, and our mission is to support and empower self-sufficiency for women and girls who live in extreme poverty in developing countries.  We do that through educational dinner circles, which we call "chapters." It's basically just a group of friends who get together once a month to learn about our featured program, The program is different each month, and it focuses on an issue that is identified in the Millennium Development Goals as being really challenging for women and girls, like education, gender equity, economic development, maternal/child health care, and those kinds of things.

We, "we" being the Dining for Women headquarters, prepare an educational program.  So, our chapters are sitting around at somebody's house with a potluck dinner, and they have materials that we've provided about a really cool program that supports women and girls. They eat together, have a great time, learn about a really wonderful grassroots program that's impacting the lives of women and girls, and then they make a donation. Instead of eating in a restaurant and paying a tab for a meal, they make a donation.

All of those chapters from all over the world send in their donations to our headquarters, which we then process and give receipts for, and all that. Then, we send one check to the featured program.  It's basically the power of collective giving. Your individual donation of $20-30 is combined with thousands of other $20-30 donations.  It enables us as a group to make a large contribution to a grassroots organization that's doing high-impact work, and we get to have fun in the process.

It's sort of a new form of philanthropy, where average people can be really engaged, make a huge, huge, huge difference, and have a lot of fun at the same time.

Britt Bravo: How many circles are there now?  Can you give an example of, "This month the charity was this and those circles combined raised x amount?"

We have 130 chapters that are already active and meeting, and we have 26 or 27 registrations of chapters that are still in the process of forming. We get new chapter applications every month in 39 states and three foreign countries.

This month [September], our featured organization is Somaly Mam. The Somaly Mam organization focuses on rehabilitation for girls who are victims of sex trafficking, and that's a really, really tough issue, but really important.  Last month [August], we featured BeadforLife, which is an organization that sells paper beads made by women in Uganda. Actually, they're jewelry (e.g. necklaces and bracelets), and our chapters had BeadforLife jewelry parties and sold the jewelry.  All that money goes back to support the beaders in Uganda.

Our combined donations range anywhere from $21,000-26,000 per month, depending on whether it's July and people are on vacation, or what's going on, and how many chapters meet.

That's so fantastic. What an amazing impact you're making, not just financially, but also educating and inspiring all the women in these groups about all the amazing work these organizations are doing around different issues.

The education is as important to our mission as the fundraising is. When I first started Dining for Women, I was not...I've learned as I've gone along. I didn't know all of this. And most people are not aware of all these kinds of facts, and the struggles that women face.  The education is key.

One thing I wanted to ask you about is, I've become increasingly interested in the power of circles, whether it's for fundraising, or I just did a tele-class, which encouraged people to create circles to help them achieve their goals.

What do you think makes the Dining for Women circles, the successful ones, work? Not just in terms of financial impact, but also the engagement of the members, the longevity, low turnover, stuff like that. What will...especially if folks hear this, and say, "Oh, I want to start a circle" help them have a successful one?

It's both. There are some chapters that are old friends, and that's the way they want to keep it. It's their excuse to get together and nurture their relationships. Then there are other chapters who may start out with just a couple of friends who already know each other. They invite new people, and over a period of time they become bonded as a group. Then, there are some chapters who start for the express purpose of finding other like-minded women, and then the connections go out from there.  It really does vary.

Right now, there is one virtual circle. The three leaders are women who are really busy and didn't feel like they could do an in-person meeting every month, so they email out the Dining for Women information to their friends. They're a very high-producing chapter. They're raising about $500 a month just from their email newsletters to their friends. It's the only one we have at this point, but we're looking at trying to expand that model a little; well, not a little bit, because we have people that are interested in Dining for Women who live in areas where we don't already have chapters. They may not be able to start one, but they still want to participate. So we're looking at ways that we can expand the definition of a member.

I thought that was really interesting. I'm glad to hear that it's working and that people are still able to have that connection, even though it's probably a different kind of connection, since it's not face-to-face. You've also added a travel program. What inspired that, and what are some favorite stories from recent trips?

The essence of Dining for Women is connection, education, and self-empowerment. The travel program was a natural extension of those three things. We wanted to be able to travel and visit some of the programs that we've supported, because that enhances our education and connections with each other, and the women that we're trying to serve, when we're able to meet them in person.

We have taken three trips so far. In 2007, we went to India, and we visited a program called Matrichaya, which we'll be supporting again in January of 2011. This past March, two different groups went to Africa. We had a group that went to Kenya to visit BOMA Fund, and we went to Uganda to visit the BeadforLife program.

All three of these have been all-women's trips, and it's a unique combination of tourism and visiting programs, so it has a different quality.  We love meeting the women that our donations have impacted, and seeing their lives and the programs first-hand. I took my 14-year-old with me to Kenya this past March, and it was a life-changing experience. It was wonderful.

That's totally exciting.  I know that this past weekend you were just at your Leadership Summit. What inspired that, and what happens there?

This was our third Leadership Summit, and the purpose of that is to give chapter leaders and chapter members from all over the country a chance to get together (there's that connection thing again!), and get a sense of Dining for Women as a national organization.  A lot of times, our chapters are spread out, and they don't always have a lot of other chapters around them, like in the Midwest, for example. It's a wonderful time to learn about the programs that we've supported. We have people from the programs that we've funded come and talk to us about our impact, and we do leadership training to help our leaders become better leaders, and to get in touch with their passions, and what fuels, nurtures and sustains them.

As you know, I have a blog called Have Fun, Do Good. I feel like you've already answered this question, but I've been asking folks this year: how do you have fun and do good?

How do I have fun and do good?  By getting together with other women who share a common interest in making a difference in the world through Dining for Women. I have to say that the most fun I have is with my Dining for Women friends when we're getting together, eating and learning something really new and exciting. There's something about women bonding that's really powerful. We all get together and laugh and carry on. It's just like a girls' night out, but with a twist.  That and travel are my two favorite things to do. I have fun traveling, meeting other women, and doing my work, to tell you the truth. I just love what I do.

Is there anything else that you want to add about Dining for Women's work now, or in the future? Anything else you want folks to know?

I want folks to know that there is so much room for expansion, and there is so much room for growth. If anybody's interested in learning more, I'd love for them to go to our website, www.diningforwomen.org, and they can contact me.  Our vision is to have thousands of chapters all over the world and to raise millions of dollars for women and girls.

If you have suggestions for other people I should interview who have big visions for a better world, please email me at britt AT brittbravo DOT com, or leave a comment on my post, Who Should I Interview for the Big Vision Podcast?

If you liked this interview, you might also like:
Audio versions of all of these interviews are available on the  Big Vision Podcast homepage and iTunes.