Best Internet Marketing for a Cause 2006

What makes us write a donation check, spread the word about a campaign, or show up for a meeting or protest? What makes us want to act for social change? Emotional connection. Passion for a cause.

For the past year, I have been writing for NetSquared about nonprofits and NGOs that are using the social web to cultivate donors, advocates and activists for their organization and their cause. I find that the campaigns I respond the most to are the ones with heart, whimsy and oftentimes, a story. Here are my picks for the Best Internet Marketing for a Cause 2006 (in alphabetical order). I hope you'll add your picks in the comments. 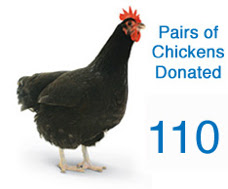 Blogging for Chickens by ProBlogger: Darren Rowse celebrated ProBlogger's second birthday by raising $1100 (AU), or about $830 US, to buy 110 pairs of chickens for impoverished families via Oxfam Australia. When Oxfam contacted Rowse they said that Blogging for Chickens was, "one of the more interesting fundraisers that they’ve seen." 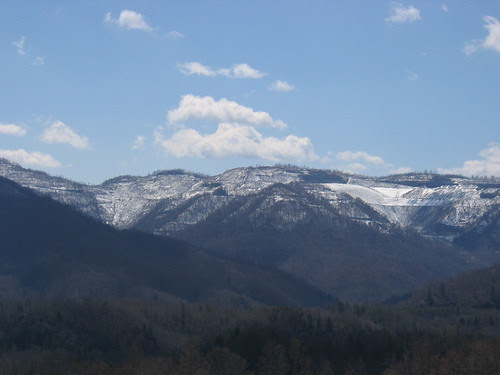 1. Sign a pledge and track the impact of their pledge on a map.
2. Download Wille Nelson singing Bob Dylan's "Blowing in the Wind."
3. Watch a movie about mountaintop removal on YouTube.
4. View the National Memorial for the Mountains on Google Earth. Each flag represents a mountain that has been destroyed. 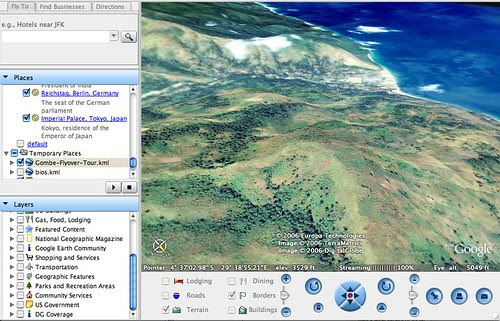 Jane Goodall Institute's Geoblog: The Jane Goodall Insitute has created a geoblog, the Gombe Chimpanzee Blog, Using Google Earth, the geoblog allows readers/viewers to view Gombe National Park in Tanzania while they read entries by Emily Wroblewski, a field researcher who is studying the Gombe Chimpanzees. I can't imagine a more powerful tool for environmental nonprofits and NGOs than to "fly" your supporters and potential supporters over the area of the world you are working in.

Human Rights Video Hub by WITNESS and Global Voices: WITNESS and Global Voices Online have teamed up to pilot a Human Rights Video Hub where anyone anywhere can upload human rights related videos to raise awareness and launch campaigns. You can check out the pilot project on the Global Voices blog here. Among the videos up right now is footage of police dispersing student protestors in China, UCLA police using a taser gun on a student in a library, and video shot by journalist Brad Will during the protests in Oaxaca, right before he was killed. Launch of the completed Hub is planned for 2007.

Kiva: Kiva is a nonprofit that allows individuals like you and me to make loans through PayPal to entrepreneurs who are working their way out of poverty. You can watch a 16-minute documentary about Kiva on the FRONTLINE World web site. When the documentary aired on Ocober 31st, the response from viewers was so great that it brought the Kiva site down. As co-founder Jessica Jackley Flannery said, "Kiva started out of relationships and love, ideally I would love for that to be present in every single transaction that happens. People connecting."

Menu of Hope by Chez Pim: Led by Chez Pim, food bloggers donated a delicious array of food-related raffle prizes for the second annual Menu for Hope in 2005. Each $5 donation that a reader made qualified them for one virtual raffle ticket to win the prize of their choosing from the prize list. The campaign raised $17, 000. Clearly, the way to a donor's pocket is through her stomach. For more info. about this year's campaign for the United Nation's World Food Programme click here.

What are your favorite examples of the Best Internet Marketing for a Cause?

nonprofit
internet
marketing
cause
Posted by Britt Bravo at 9:13 AM