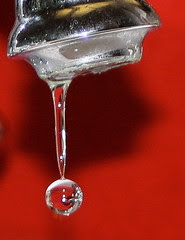 "What was most alarming about creating "A Drop of Life" is that it began as a pure fiction, and as I began to do my research, I began to realize that the sci-fi [water] meters that I had created, already existed in ten countries. Two thirds of the world will not have adequate access to water by the year 2027. Just twenty years from now. Your right to quench your thirst could depend on how much money you have in your pocket."-Filmmaker, K. Shalini from "A Drop of Life" trailer

The privatization of water will become one of the most important issues in our lifetime. Filmmaker K. Shalini, a Fulbright Scholar and American Institute of Indian Studies Senior Performing Arts Fellow, has entered her short film about water rights, "A Drop of Life" into Steven Speilberg's On The Lot reality competition. During the series, scheduled for this spring, 16 filmmakers will be asked to make a short film each week, and viewers will vote for their favorites. According to Brahm Ahmadi, the Executive Director of People's Grocery who forwarded the trailer link to me, the selection process for contestants looks at how many people view the applicants' trailers.

I encourage you to watch and pass on the link to this important film, not only to help K. Shalini be considered for the competition, where the prize is a 1 million dollar development deal with DreamWorks, but also to raise awareness about this crucial issue. As the end of the trailer states, "Who Controls Water Controls Life."

To watch the trailer on the "On The Lot" site, click here. To learn more about the film, order the DVD and download "11 Reasons to Oppose Water Meters," go to http://www.adropoflife.tv