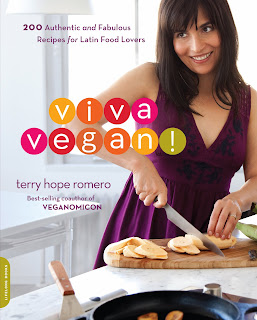 If you're my friend on Facebook, you've probably seen photos of my 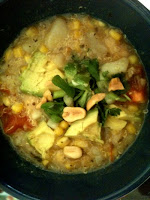 Let me just start by saying that all of the recipes I made from Viva Vegan! were delish. They even passed my Colombian husband's taste test.

So far I've made Quinoa-Corn "Chowder" with Limas and Ají (above), 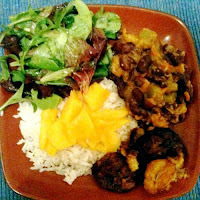 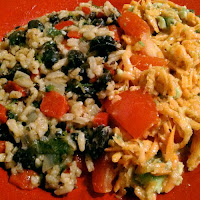 cabbage I bought was rotton inside so I shredded up a lot of carrots instead), and Arroz con Leche de Coco (which was one of the most delicious desserts I've ever made, but not pretty enough to take a photo of :) ).

I totally recommend this book with two caveats: 1. most of the recipes do take a bit of time to make, and 2. many of the recipes, not all, require Latin ingredients that might not be available at your regular supermarket. She does include a list of websites where you can order Latin and vegan ingredients, and has a list of suggested recipe for "weeknight cooking" in the back of the book.

That said, I'm psyched to try more recipes from Viva Vegan! If you have any that you recommend, let me know.

Full disclosure: I received Viva Vegan! as a review copy.