Today's post is the second in my new guest post series: Making Time for What Matters. In case you missed it, be sure to read the first post by blogger, microphilanthropy advocate, and aspiring social entrepreneur, Peter Deitz. 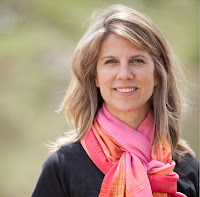 Emily McKhann is co-founder of TheMotherhood.com and The Motherhood Creative.  She's also the co-author of Living with the End in Mind: A Practical Checklist for Living Life to the Fullest by Embracing Your Mortality

I wish I could say I have this all worked out, but some days are better than others, and I’m learning as I go.  Below are four stories from along the way.


Breakfast is funny
Being present makes for the best start to the day.

When my girls were little, we created "breakfast is funny."  Getting everyone out the door to school was becoming stressful and I didn’t like starting the day off that way. Our solution was to insert silly humor, like giving the cereals whacky names, telling old knock-knock jokes or talking in funny voices, just to get everyone laughing.

“Breakfast is funny” lives on in our family, not every day, but often enough, because when we joke around first thing in the morning, the whole day takes on a different tone.  We slow down, look each other in the eyes, really listen, and just enjoy ourselves.  And then we head off into the world with a lighter step.

Charlie’s quilt
It’s the little things that add up.

At the holidays, the grown-ups in my family have a "white elephant" exchange.  We rummage through our homes to find stuff we want to get rid of, and give them as presents.  The “gifts” can be hilarious and every year has its surprises.  I’ll never forget the year my Uncle Charlie gave stacks of shoeshine chamois cloths he'd collected from every hotel he'd ever stayed in, hundreds of them, all folded up, in this great big bag.  And Katie, my stepsister, got them.

A year or so after the "chamois Christmas," at Charlie’s 75th birthday party, Katie handed him a bag, much like the one she’d received, and Charlie pulled out a quilt she'd made from the cloths.  The chamois were embellished with the names of the different hotels, written in beautiful scripts with drawings of their facades, and the colors were a mix of creams, browns, reds and light blues. It was the softest, most unique and gorgeous quilt you can imagine.

We knew that this was Charlie’s last birthday because his cancer had spread. The quilt symbolized the great big enormous hug we all were there to give him.

The big picture
Life is short and sometimes taking a break to think about the big picture is what’s needed most.

My friends Erin and Doug took a weekend to talk about their hopes and dreams for their young daughter, Peyton.  At a friend’s house in the mountains, they sat with their laptops and created lists of the traits and values they hoped to instill in Peyton, experiences they wanted to share with her, trips they wanted to take together, and even books they wanted to read with Peyton.

When they returned, Erin told me over and over how their mountaintop conversations changed her parenting.  Peyton was only two years old then, but Erin’s relationship with her shifted in big ways afterward.  For example, Erin and Doug decided that they hoped Peyton would grow up trusting her own decision-making.  Knowing that, when Peyton asked a question, instead of answering it right away as Erin used to do, she asked, “How do you think we can figure this out?”  She had a whole new context for their relationship.

The impetus for their weekend away was that Erin had cancer, and it had metastasized.   At the time, she thought their lists would sit in a file for when Peyton was older.  Instead, for four full years, Erin referred back to their conversations often as she made the very most of her time with her daughter.

“Oh hon, I’ve so been there”
We’re making things a little better every day.

In TheMotherhood.com, the community I co-founded with Cooper Munroe, on more occasions than I can possibly count, women have shown up for each other to say exactly what was needed in the moment.  Being reminded every day that the conversations we have with our family, friends and acquaintances can make a huge difference is a gift.

How do you make time for what matters?

Email ThisBlogThis!Share to TwitterShare to FacebookShare to Pinterest
Labels: making time for what matters