3 Ideas for How to Help Congress Work Together

"If you think of the definition of public service, it's to solve problems."
~ Senator Olympia Snowe Senator (R-ME), 60 Minutes

"Thanks to all who participated in elections by voting. Let's hold our elected officials accountable and insist they work together 4 us"
~ Ron Howard (@RealRonHoward) Twitter, November 7, 2012

"We are greater than the sum of our individual ambitions, and we remain more than a collection of red states and blue states. We are and forever will be the United States of America."
~President Barack Obama, 2012 acceptance speech 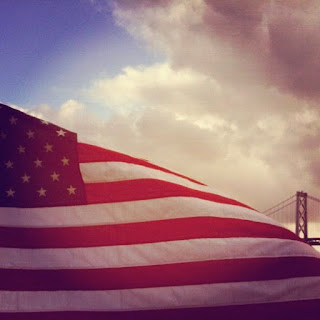 The Sunday before the election, the hubs and I watched a segment on 60 Minutes, Is the U.S. Senate Broken? It was pretty depressing, but I feel like there are small signs that change is on the horizon.

I think people are starting to realize that Congress's inability to compromise, collaborate, and come to a consensus is no longer just annoying, it's a serious problem. Take a peek at this search on Twitter for the words, "work together."

Below are three ideas that have been kicking around for me. They're not plans for something like campaign finance reform, but I think they could make an impact:

1. Create a mandatory, ongoing professional development program for Congress about how to collaborate, build consensus, and compromise.

2. Organize a letter-writing and phone-calling campaign to ask Congress to commit to working together, and to sign something like the Charter for Compassion.

3. Design "peacemaking" programs across the country where Democrats and Republicans (elected officials and citizens) meet, like Seeds of Peace does with young people from regions of conflict.

Do you know if programs, or campaigns like these exist?

Email ThisBlogThis!Share to TwitterShare to FacebookShare to Pinterest
Labels: nablopomo